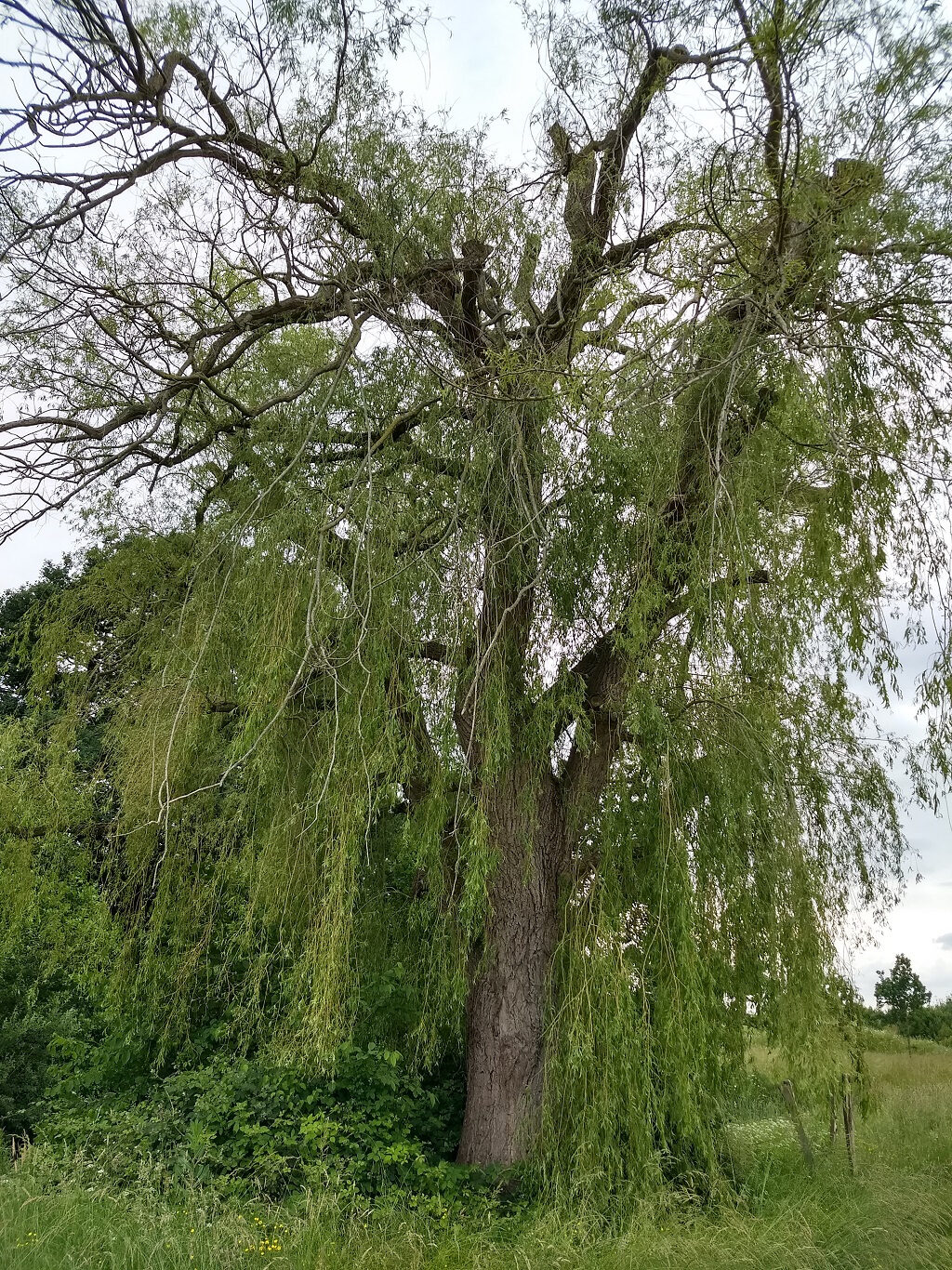 Willows, also called sallows and osiers, form the genus Salix, around 400 species of deciduous trees and shrubs, found primarily on moist soils in cold and temperate regions of the Northern Hemisphere.

Most species are known as willow, but some narrow-leaved shrub species are called osier, and some broader-leaved species are referred to as sallow (from Old English sealh, related to the Latin word salix, willow). Some willows (particularly arctic and alpine species) are low-growing or creeping shrubs; for example, the dwarf willow (Salix herbacea) rarely exceeds 6 cm (2.4 in) in height, though it spreads widely across the ground.

Willows all have abundant watery bark sap, which is heavily charged with salicylic acid, soft, usually pliant, tough wood, slender branches, and large, fibrous, often stoloniferous roots. The roots are remarkable for their toughness, size, and tenacity to live, and roots readily sprout from aerial parts of the plant[3].

The leaves are typically elongated, but may also be round to oval, frequently with serrated edges. Most species are deciduous; semievergreen willows with coriaceous leaves are rare, e.g. Salix micans and S. australior in the eastern Mediterranean. All the buds are lateral; no absolutely terminal bud is ever formed. The buds are covered by a single scale. Usually, the bud scale is fused into a cap-like shape, but in some species it wraps around and the edges overlap. The leaves are simple, feather-veined, and typically linear-lanceolate. Usually they are serrate, rounded at base, acute or acuminate. The leaf petioles are short, the stipules often very conspicuous, resembling tiny, round leaves, and sometimes remaining for half the summer. On some species, however, they are small, inconspicuous, and caducous (soon falling). In color, the leaves show a great variety of greens, ranging from yellowish to bluish color.