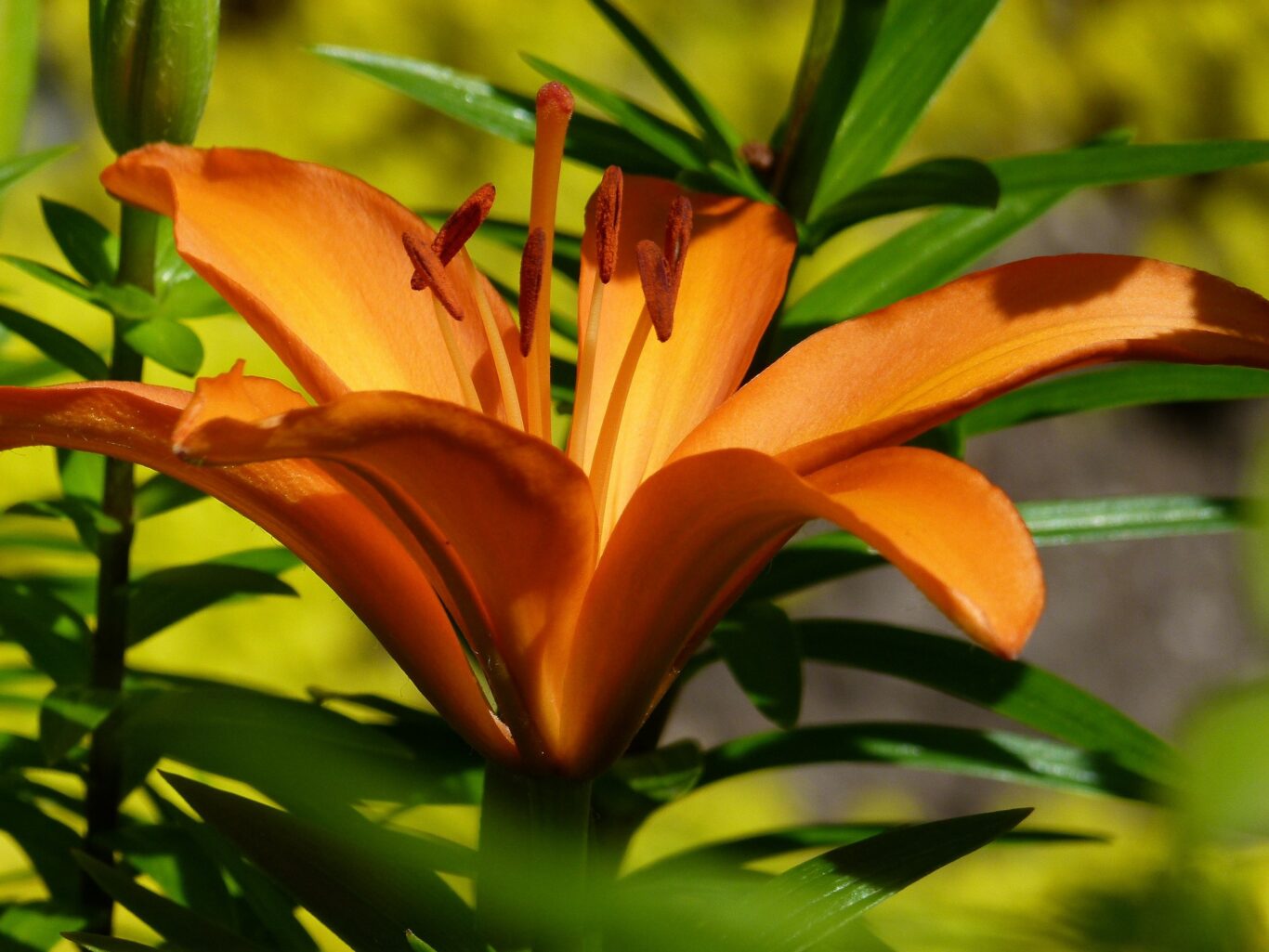 The Latin name bulbiferum of this species, meaning “bearing bulbs”, refers to the secondary bulbs on the stem of the nominal subspecies.

Lilium bulbiferum reaches on average 20–90 centimetres (7.9–35.4 in) of height, with a maximum of 120 centimetres (47 in). The bulbs are ovoid, with whitish large and pointed scales and can reach about 1.5 centimetres (0.59 in) of diameter. The stem is erect, the leaves are lanceolate, up to 10 centimeters long. The inflorescence has one to five short-haired flowers. They are hermaphroditic and scentless, have six upright tepals, the outer are slightly narrower than the inner ones. The flowers can reach 4–6 centimeters in length and are bright yellow-orange with reddish-brown dots. The stamens are erect, about half as long as the tepals, with red anthers. The style is orange, 35 millimetres (1.4 in) of height. The flowering period extends from May through July.

Cats are extremely sensitive to lily toxicity and ingestion is often fatal; households and gardens which are visited by cats are strongly advised against keeping this plant or placing dried flowers where a cat may brush against them and become dusted with pollen which they then consume while cleaning.[9] Suspected cases require urgent veterinary attention.[10] Rapid treatment with activated charcoal or induced vomiting can reduce the amount of toxin absorbed (this is time-sensitive so in some cases veterinarians may advise doing it at home), and large amounts of fluid by IV can reduce damage to kidneys to increase the chances of survival.