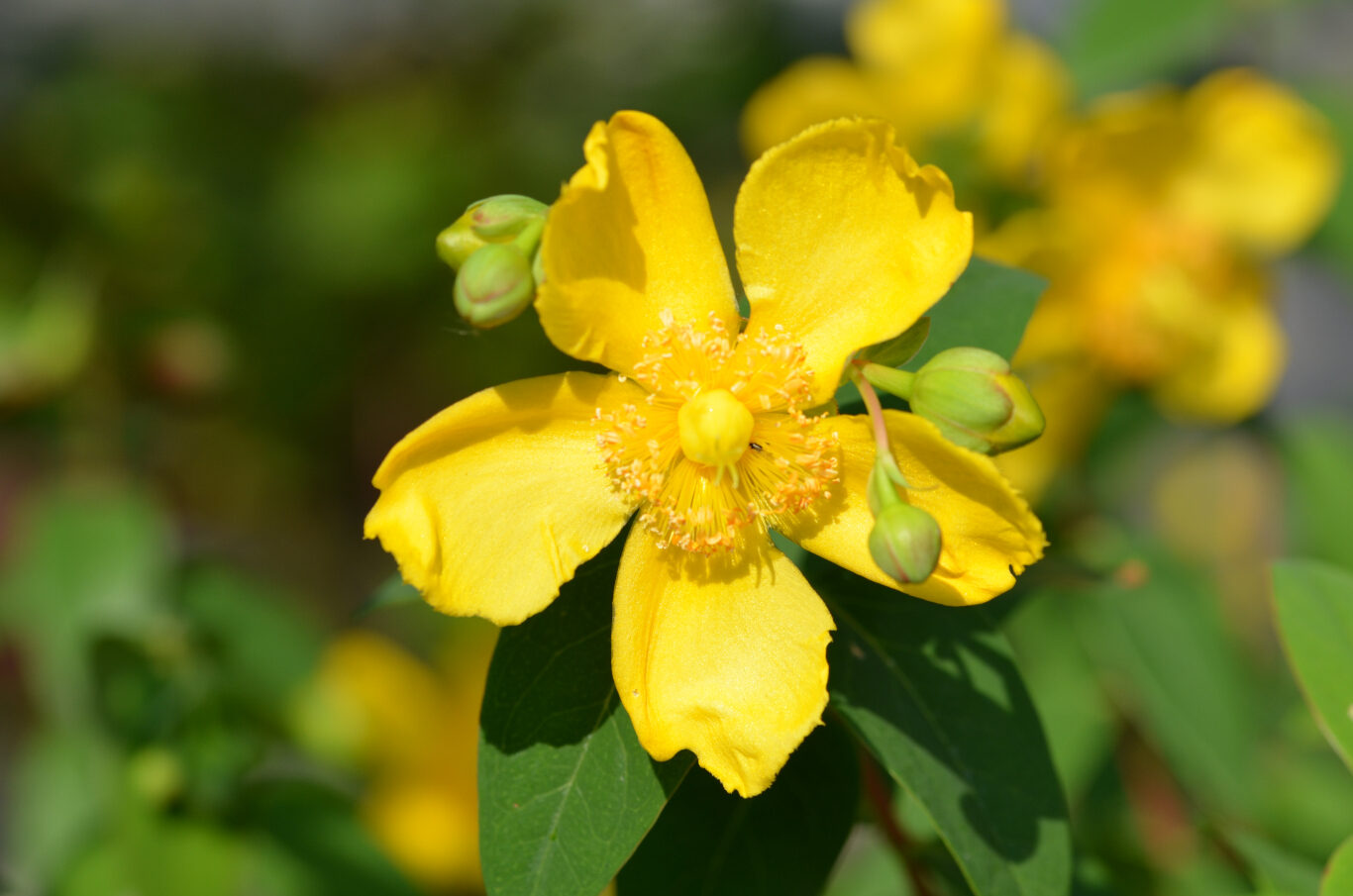 Although used as a medicinal herb with possible antidepressant activity, high-quality clinical evidence for such effects is absent, and no H. perforatum drug has been approved by the US Food and Drug Administration. The plant is poisonous to livestock.

Common St. John’s wort has long been used in herbalism and folk medicine. It was thought to have medical properties in classical antiquity and was a standard component of theriacs, from the Mithridate of Aulus Cornelius Celsus’ De Medicina (ca. 30 CE) to the Venice treacle of d’Amsterdammer Apotheek in 1686. Folk usages included oily extract (“St. John’s oil”) and Hypericum snaps. Hypericum perforatum is a common species and is grown commercially for use in herbalism and traditional medicine.

The red, oily extract of H. perforatum has been used in the treatment of wounds for millennia, including by the Knights Hospitaller, the Order of St John, after battles in the Crusades, which is most likely where the name came from. Both hypericin and hyperforin are under study for their potential antibiotic properties.