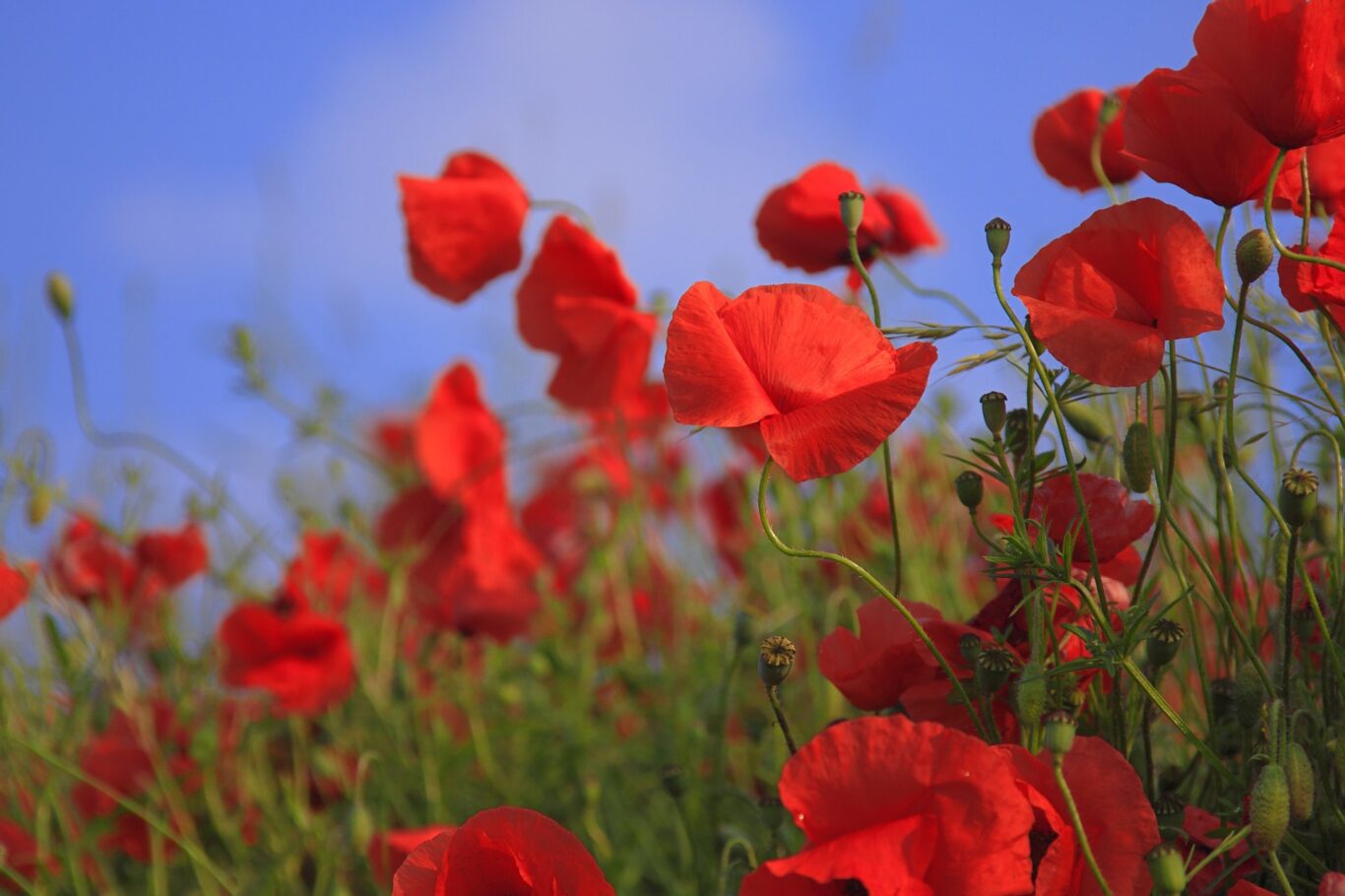 Poppies are herbaceous annual, biennial or short-lived perennial plants. Some species are monocarpic, dying after flowering. Poppies can be over a metre tall with flowers up to 15 centimetres across.

Flowers of species (not cultivars) have 4 to 6 petals, many stamens forming a conspicuous whorl in the center of the flower and an ovary of from 2 to many fused carpels. The petals are showy, may be of almost any color and some have markings. The petals are crumpled in the bud and as blooming finishes, the petals often lie flat before falling away. In the temperate zones, poppies bloom from spring into early summer. Most species secrete latex when injured. Bees use poppies as a pollen source. The pollen of the oriental poppy, Papaver orientale, is dark blue, that of the field or corn poppy (Papaver rhoeas) is grey to dark green.

The opium poppy, Papaver somniferum, grows wild in eastern and southern Asia, and South Eastern Europe. It is believed that it originated in the Mediterranean region.

The flowers of most poppy species are attractive and are widely cultivated as annual or perennial ornamental plants. This has resulted in a number of commercially important cultivars, such as the Shirley poppy, a cultivar of Papaver rhoeas and semi-double or double (flore plena) forms of the opium poppy Papaver somniferum and oriental poppy (Papaver orientale). Poppies of several other genera are also cultivated in gardens. A few species have other uses, principally as sources of drugs and foods. The opium poppy is widely cultivated and its worldwide production is monitored by international agencies. It is used for production of dried latex and opium, the principal precursor of narcotic and analgesic opiates such as morphine, heroin and codeine. Poppy seeds are rich in oil, carbohydrates, calcium and protein. Poppy oil is often used as cooking oil, salad dressing oil, or in products such as margarine. Poppy oil can also be added to spices for cakes, or breads. Poppy products are also used in different paints, varnishes, and some cosmetics.[