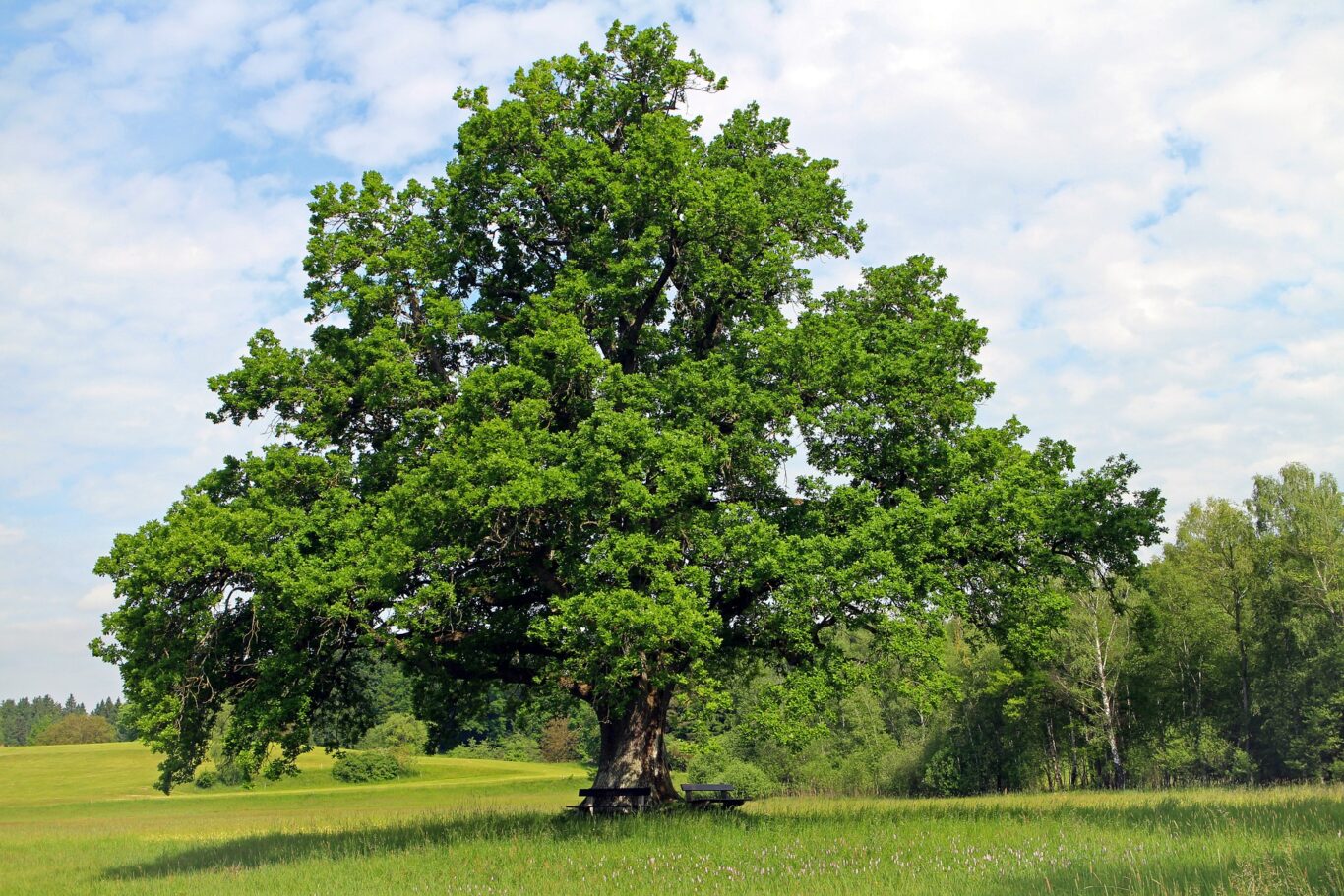 Oaks have spirally arranged leaves, with lobate margins in many species; some have serrated leaves or entire leaves with smooth margins. Many deciduous species are marcescent, not dropping dead leaves until spring.

In spring, a single oak tree produces both male flowers (in the form of catkins) and small female flowers.[3] The fruit is a nut called an acorn or oak nut borne in a cup-like structure known as a cupule; each acorn contains one seed (rarely two or three) and takes 6–18 months to mature, depending on their species. The acorns and leaves contain tannic acid, which helps to guard from fungi and insects. The live oaks are distinguished for being evergreen, but are not actually a distinct group and instead are dispersed across the genus.

An oak is a tree or shrub in the genus Quercus (Latin “oak tree”) of the beech family, Fagaceae. There are approximately 600 extant species of oaks. The common name “oak” also appears in the names of species in related genera, notably Lithocarpus (stone oaks), as well as in those of unrelated species such as Grevillea robusta (silky oaks) and the Casuarinaceae (she-oaks). The genus Quercus is native to the Northern Hemisphere, and includes deciduous and evergreen species extending from cool temperate to tropical latitudes in the Americas, Asia, Europe, and North Africa. North America contains the largest number of oak species, with approximately 90 occurring in the United States, while Mexico has 160 species of which 109 are endemic. The second greatest center of oak diversity is China, which contains approximately 100 species.