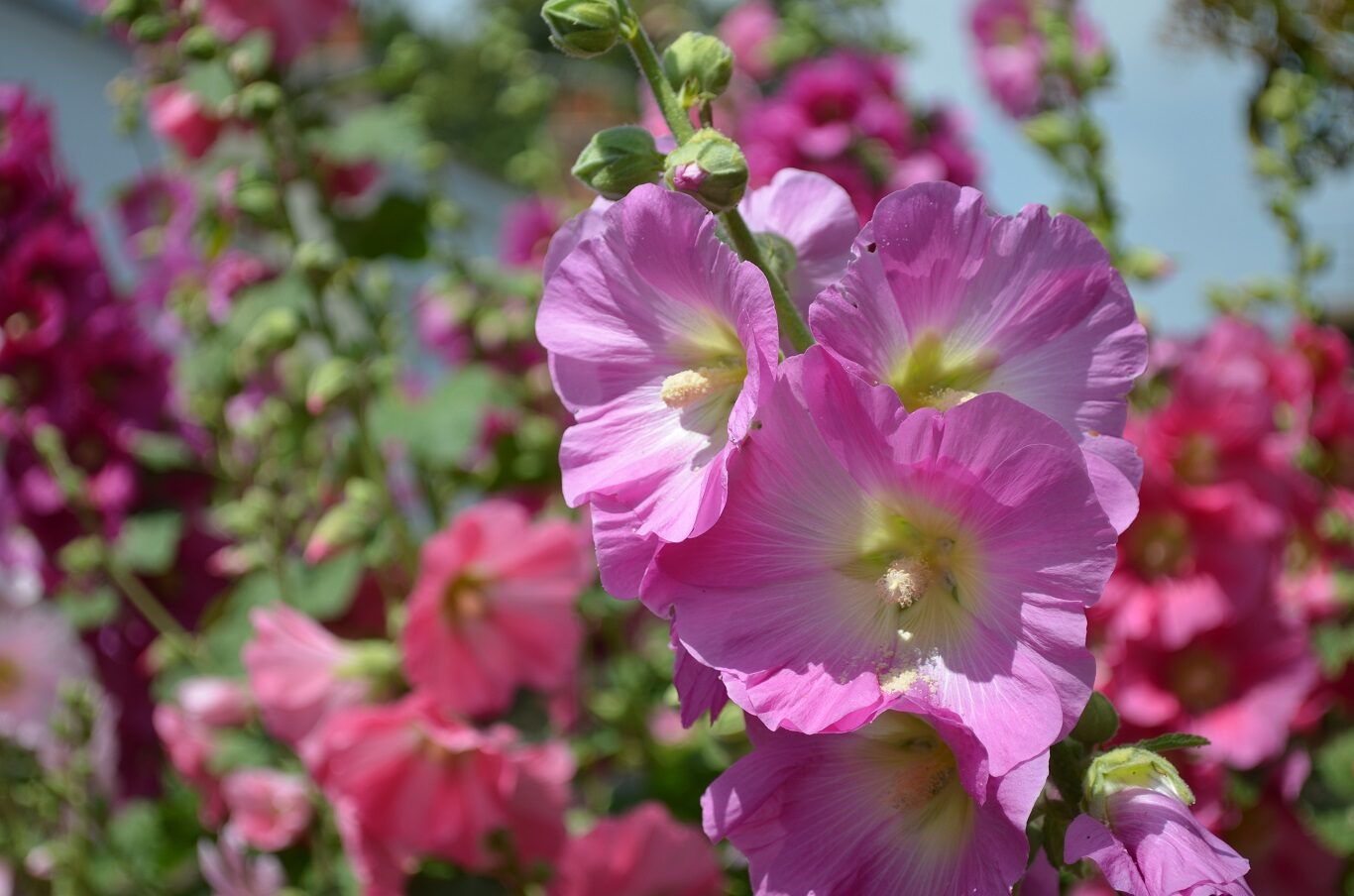 Alcea is a genus of about 60 species of flowering plants in the mallow family Malvaceae, commonly known as the hollyhocks. They are native to Asia and Europe. The single species of hollyhock from the Americas, the streambank wild hollyhock, belongs to a different genus.

Hollyhocks are popular garden ornamental plants. They are easily grown from seed. Breeds with red flowers attract hummingbirds and butterflies. Cultivars have been bred, especially from A. rosea. They include the double-flowered ‘Chater’s Double’, the raspberry-colored ‘Creme de Cassis’, and ‘The Watchman’, which has dark, nearly black, maroon flowers.

The stems of hollyhocks can be used as firewood, and the roots have been used medicinally.