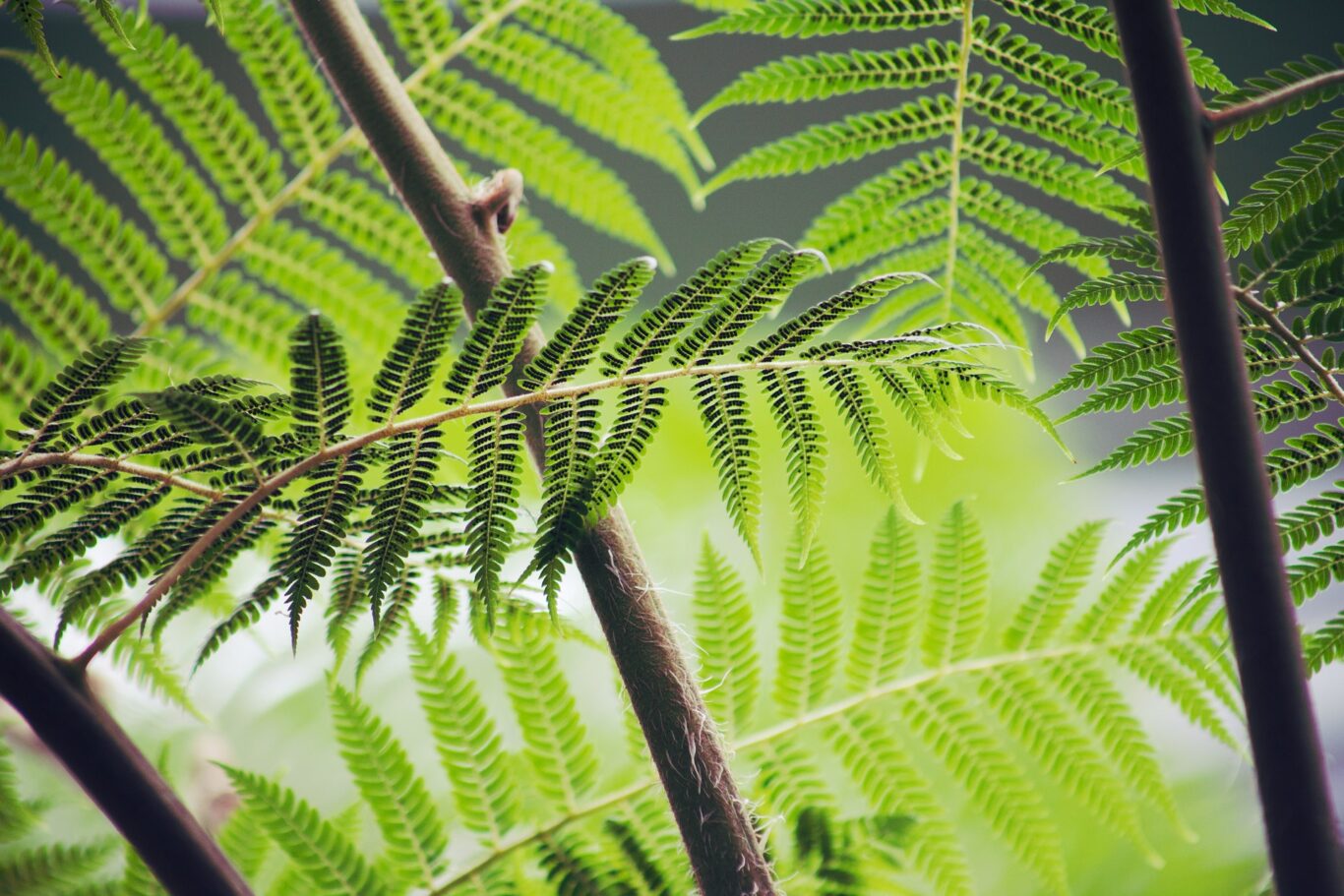 A fern is a member of a group of vascular plants (plants with xylem and phloem) that reproduce via spores and have neither seeds nor flowers. They differ from mosses by being vascular, i.e., having specialized tissues that conduct water and nutrients and in having life cycles in which the sporophyte is the dominant phase.

Ferns have complex leaves called megaphylls, that are more complex than the microphylls of clubmosses. Most ferns are leptosporangiate ferns, sometimes referred to as true ferns. They produce coiled fiddleheads that uncoil and expand into fronds. The group includes about 10,560 known extant species.

Ferns are defined here in the broad sense, being all of the Polypodiopsida, comprising both the leptosporangiate (Polypodiidae) and eusporangiate ferns, the latter itself comprising ferns other than those denominated true ferns, including horsetails or scouring rushes, whisk ferns, marattioid ferns, and ophioglossoid ferns.

Ferns first appear in the fossil record about 360 million years ago in the late Devonian period, but many of the current families and species did not appear until roughly 145 million years ago in the early Cretaceous, after flowering plants came to dominate many environments. The fern Osmunda claytoniana is a paramount example of evolutionary stasis; paleontological evidence indicates it has remained unchanged, even at the level of fossilized nuclei and chromosomes, for at least 180 million years.

Ferns are not of major economic importance, but some are used for food, medicine, as biofertilizer, as ornamental plants and for remediating contaminated soil. They have been the subject of research for their ability to remove some chemical pollutants from the atmosphere. Some fern species, such as bracken (Pteridium aquilinum) and water fern (Azolla filiculoides) are significant weeds world wide. Some fern genera, such as Azolla can fix nitrogen and make a significant input to the nitrogen nutrition of rice paddies. They also play certain roles in mythology and art.