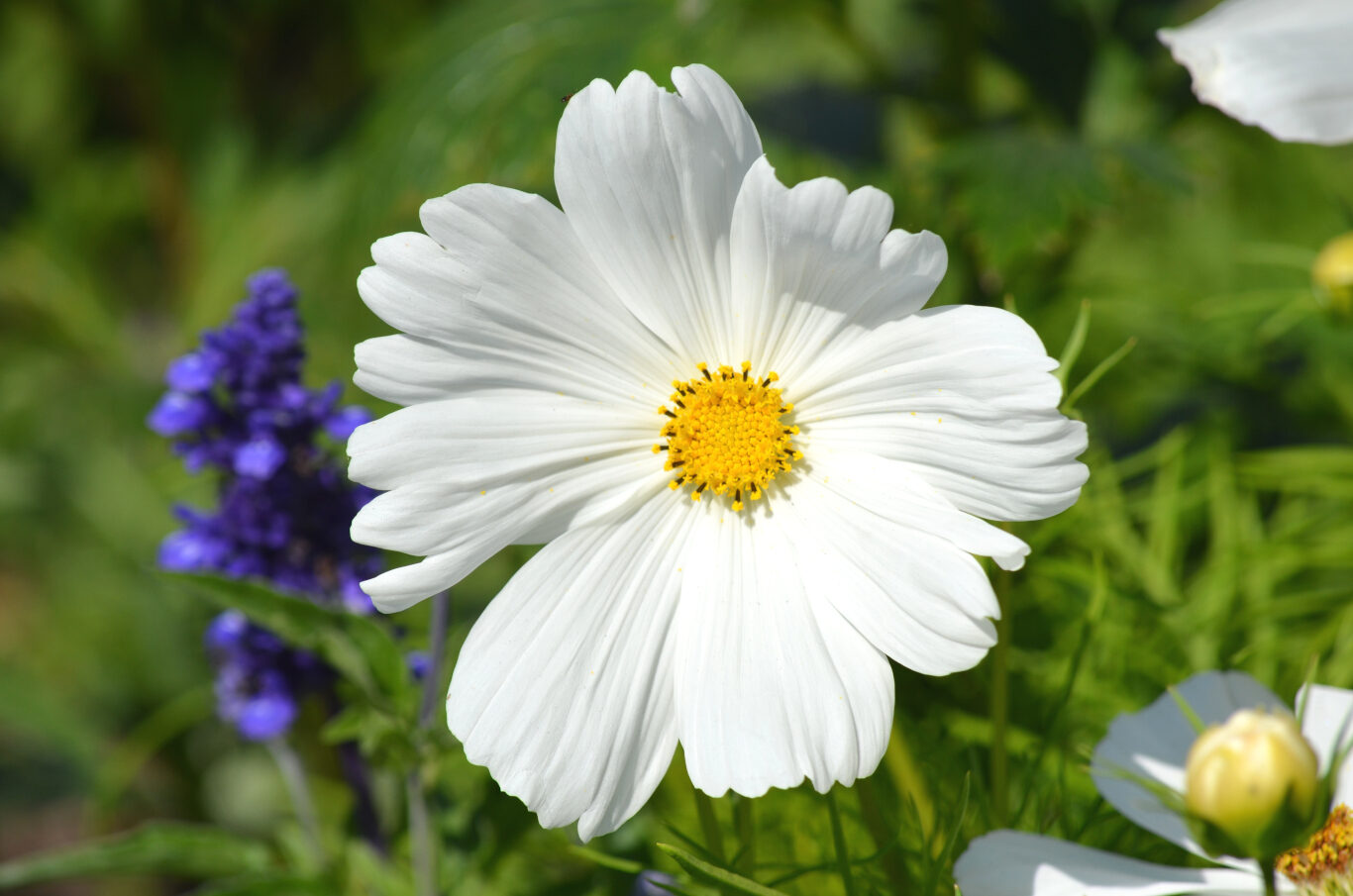 Cosmos bipinnatus, commonly called the garden cosmos or Mexican aster, is a medium-sized flowering herbaceous plant native to the Americas. The species and its varieties and cultivars are popular as an ornamental plant in temperate climate gardens.

Cosmos bipinnatus is considered a half-hardy annual, although plants may reappear via self-sowing for several years. The plant height varies from 2–4 ft (0.61–1.22 m). The cultivated varieties appear in shades of pink and purple as well as white. The branched stem is usually densely to occasionally occupied by fine, split up, rough trichomes, some specimens are completely hairless. The petiole itself is inconspicuous, winged, 10 (rarely to 15) mm long, sometimes the leaves are almost sessile.

The partial leaves are linear-filiform to narrow linear with a width of 0.5 to 1 (rarely to 1.7) mm; the tips are pointed, hardened, but not particularly sharp. Its foliage is finely cut into threadlike segments. When flowering, the plant can become top heavy. This problem is alleviated when grown in groups, as the bipinnate leaves interlock, and the colony supports itself.

The achenes become blackish, are smooth or short-bristly. Their shape is spindle-like. They are rounded off into a short, 0.5 to 1.7 mm long, but distinctly pronounced rostrum. The inner achenes are up to 18 mm long, their yellowish beaks are 4 to 5 (rarely to 10) mm long. A pappus is missing or it consists only of two to three awn-like, 1 to 3 mm large bristles.

There are no Cosmea on Dragonfly Lake.